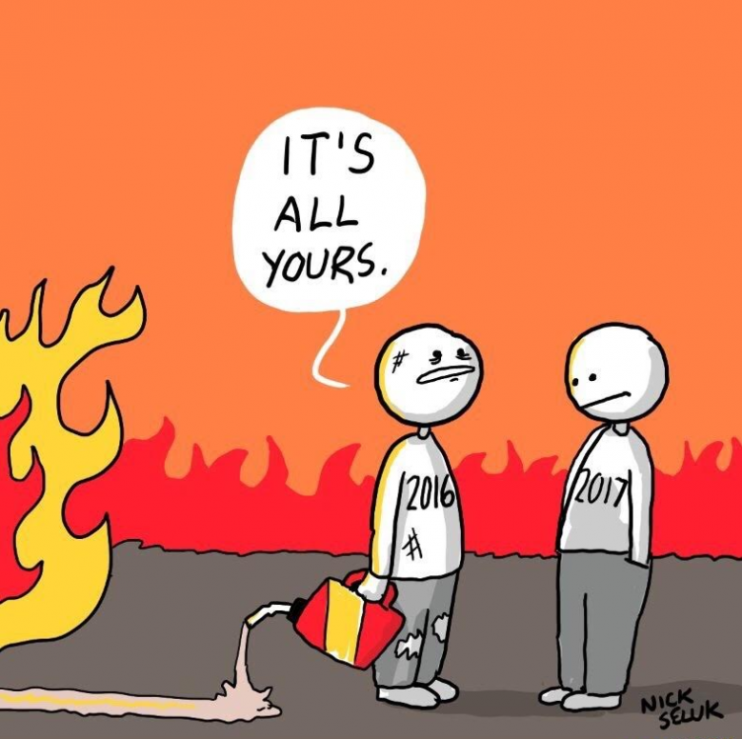 It’s all over social media.  It’s roaring through Facebook, Instagram, Reddit, and every social network. We’ve ben so inundated with negative news and tragedy this year that folks have thrown up their hands and blamed it all on the year 2016.  After all, 2016 has been horrible to us all, right?  I won’t even get into the political and social upheavals.  This isn’t a political post.  I’m going to focus on celebrity deaths in 2016 and why we can’t blame the year for them.

And the list goes on.  Almost 100 big name celebrities, along with dozens of lesser known celebrities, have died in 2016.  Some died of old age, others were taken too soon.  The sheer numbers of celebrity deaths seems staggering, though.  2016 has been bad for celebrities.  Here’s the full list of celeb deaths in 2016.

I have bad news for you, folks; it’s only going to get worse.  With the rise of global communications, we have produced more celebrities at a greater rate year-over-year than ever before.  The average person today knows more celebrities by name, deed, and sight than at any time in the past – because there are more every year as we rush to consume the media they create.  The math is simple:  more people + more communications = more celebrities.

The first wave of ubiquitous celebrities rose to ascendancy in the 1960’s and are now starting to age out.  That’s a nice way of saying “they’re dying.”  It’s affecting us GenX’ers more than anyone at present as our icons and heroes are starting to die.  GenX was the first generation to embrace social media, the Internet, and we created this online world in which we all live.  It’s no wonder we see so many of us in Generation X lamenting the uptick in celebrity death.  It reminds us of our mortality and the fact that we’re now solidly in middle age.

And let’s not forget that with our constant media consumption news and media outlets are forced to find the most tragic and sensational stories to feed us so we’ll come back for more.  Factor in the virality of social media and you literally can’t get away from a barrage of posts, tweets, images, and stories about the latest tragedy unless you completely disconnect.

The problem with blaming 2016

I get it.  There’s been so much publicized death and tragedy, in our faces this year, we feel impotent, frustrated, and a little fearful.  We can’t blame 2016 for this, though.  Sure, most of us do it in jest – a tragic anti-joke that binds us.  After all, if we’re all blaming 2016 together we’re commiserating and bonding.

Stop though.  Blaming 2016 is essentially blaming the universe for bad things in a personification that implies it’s out the get you.  It’s not.  The universe is indifferent – I promise.   The only meaning we have in life is to increase entropy and hasten the heat death of the universe.  All else is superstition and what you choose to assign to your life.

The problem with blaming 2016 is that is absolves you from taking responsibility for your choices.  It creates a malevolent force that is against you and preventing you from achieving your happiness and contentment.

Blaming 2016 is a lot like “sending prayers” to people in need.  It doesn’t work, is worse than a placebo, and helps no one except the prayee, who gets a rush of “I did my part” endorphins.

No one.  Don’t blame 2016.  Accept the fact that death is inevitable, can be random, and that life and the universe is indifferent to you.  Any happiness and contentment in your life is yours to find, and own.  Blaming external, universal, forces for the tragedies in life doesn’t help  you, or anyone.

Even I will participate in the anti-joke that is blaming 2016.  It’s so ubiquitous it’s taken on a life of its own.  But make no mistake, my friends, 2017 will not get better unless we make it so.  I, for one, won’t let the implicit surrender of blaming 2016 prevent me from working to make my 2017 a better year than the one before.  Neither should you.