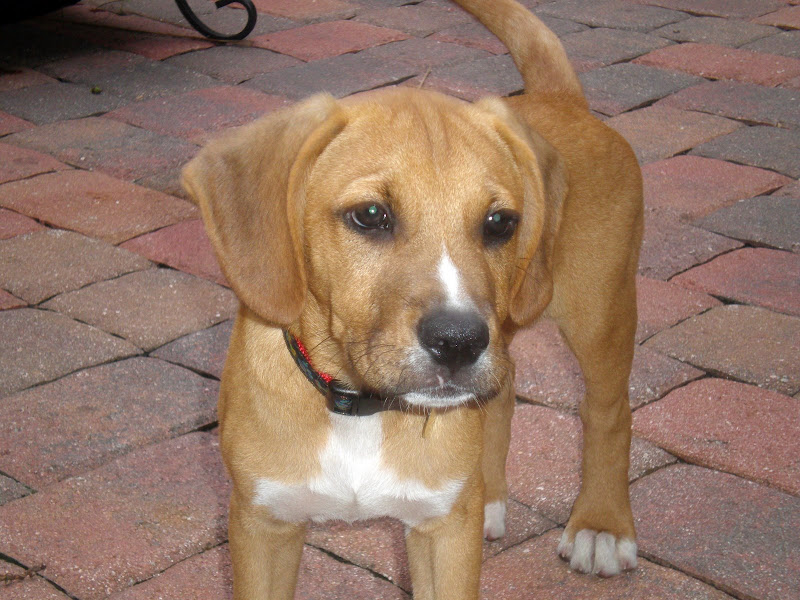 That’s Einstein, the newest member of the clan. He’s a 10-week-old part Labrador, part Boxer, part Beagle puppy. Right now he’s 16.2 pounds and stands as tall as our beagle, Cassie. He’s going to be a big dog; Labs and Boxers both weigh in around 55-80 pounds. So I’m assuming he’ll be between 50-60 pounds fully grown.

How did this happen? All because of a lizard . . . 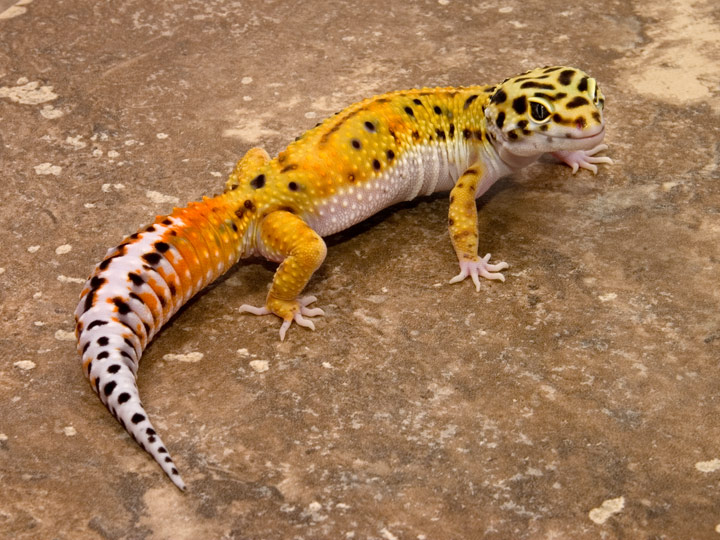 Our son Christopher has a Leopard Gecko named Roxy. It usually lives at his mom’s house, but it’s been at our house for a few weeks because I had to watch and feed the lizard while Christopher went on a vacation with his mom for a few days.

As it turns out, the live crickets that make up Roxy’s diet were all dead, so I had to go to a pet store to get some more. This was two weeks ago. Carey and I went into the pet store just to get the crickets – but there was a problem. They had puppies in the store.

Carey warned me. She said to me, “Don’t let me touch the puppies because I’ll want one.”

I laughed. Little did I know.

We walked around the store and there was this little cocker spaniel puppy that looked like a dog Carey used to own when she was a kid:

When Carey saw the puppy and started making the obligatory awwing and cooing, I had to get the employee to bring it out. Carey, with tears in her eyes, played with the puppy for about 20 minutes before she very reluctantly let it be led away.

I thought that was the end of it. She had a puppy fix. She longed for a puppy but was able to let it go.

How wrong I was.

Immediately after, I started getting links sent to me in IM from PetFinder.com. I didn’t even know the site existed – but the IMs were flooding in as we worked over the past two weeks. Dozens of them.

Last weekend she dragged me to the SPCA of Central Florida “just to look.” There was nothing there.

Then, yesterday, she informed me that Save-A-Pet Pet Rescue, a no-kill shelter in Central Florida, was sponsoring an adoption event at PetsSmart across town. The event was at 11:30am, so of course we arrived at 10:00am because she was so excited.

We were 5th in line by 10:00am – I was surprised at how many people were anxious to adopt a puppy. When the dogs finally arrived Carey immediately started watching them – how they behaved, their demeanor, etc. She had it narrowed down to two – from the same litter. One was a light grey runt with blue eyes and the other was a blond/tan with golden eyes.

The first person in line took the grey runt with blue eyes, so Carey was immediately anxious that her other choice would be taken before she got a chance to choose. Fortunately, that didn’t happen.

When her time came, Carey gently worked her way through the crowd (it was HUGE by this time) and immediately picked up the puppy. This was the one.

We took the puppy aside and played with him for a few minutes. He tried to work the cap off of my bottle of water and he furrowed his brow in concentration. I laughed and said “He looks like a little Einstein!”

And so he was named. Einstein is his name forever more.

With tears in her eyes, Carey paid the adoption fee and we had a new puppy. This, then, is Einstein – the puppy we got all because of a lizard: 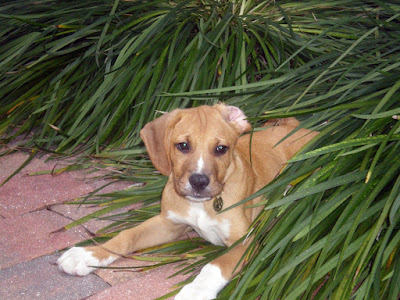 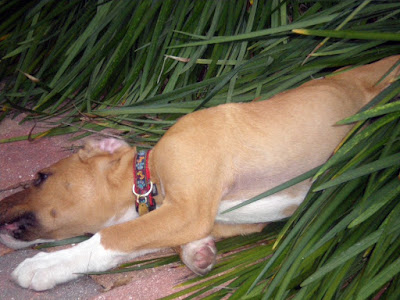 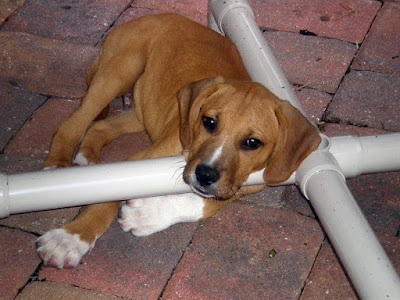 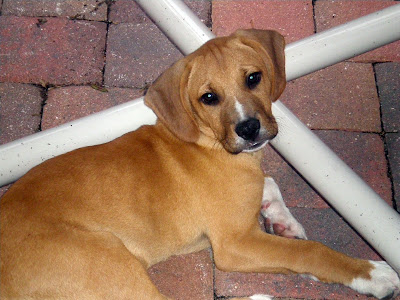 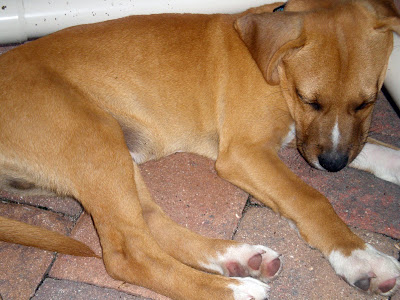 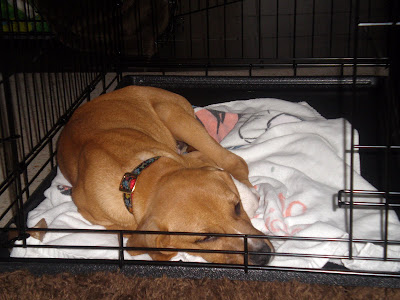 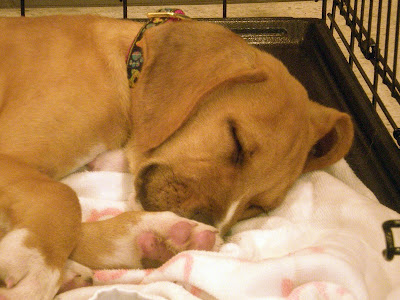 As a final note, I do want to stress to everyone reading this; don’t buy a puppy from a pet store or puppy mill. Pet rescues, the SPCA, individuals selling puppies, and the pound are they only way to go. I did get Cassie, our beagle, from a mill – and I don’t regret her purchase because we love her so much. But I wasn’t aware of the atrocities of the mill industry at the time (if you don’t have a pet it’s not something you really know about). I won’t do it again, now that I know.

Welcome Einstein to the family! Just remember folks – lizards are devious creatures. I’m sure this was Roxy’s nefarious plan from the start.