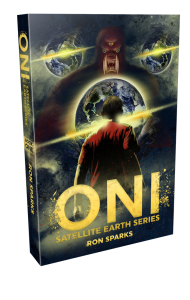 When 24-year-old Orion Hunter picked up an unusual fare, he had no idea he had just entered a new and terrible world.  A world where there was a parallel Earth, populated by high-tech creatures intent on killing all humans.

His fare is Momo, a beautiful but deadly member of a secret organization that has monitored and tracked these other-earth creatures for thousands of years.  Their world is dying, and they want ours.

Now, Orion is on the run, his friends murdered by these creatures who are intent on finding him.  Orion is the secret hope of humanity; his undiscovered and untapped powers could level the playing field and stop the invasion from the Earth next door.  But can he learn to harness his powers and grow up enough to be the savior that Earth needs?

A brilliant collection of science-fiction and fantasy short stories by Ron Sparks. The stories include:

Aliens Can’t Sing the Blues: a young musician with nothing to live for saves the human race from destruction by an overwhelming alien force by doing what he does best; pouring his soul into his music.

Slave Race: A race of galactic conquerors finds more than they bargain for when they subjugate the human race.

The Day We Lost Earth: An enlisted gunner in a trans-planetary defense dreadnought watches in horror as his home planet is destroyed before his eyes.

The Saint and the Demon

In the not-too-distant future, a young reporter reluctantly agrees to interview a senile old man in the heart of the Florida Everglades. In the humid, swampy environment, the reporter is sure that there can be no story of substance here, but the old man reveals that, in the past, his love was so strong and so passionate for a woman that he stopped at nothing to get her back when the forces of war tore them apart. He became a hero and a coward, a lover and a fighter — a saint and a devil. In his quest to rescue the woman he loved, he became something that she could no longer love.

Into the middle of this personal ordeal tumbles Cutter, a man from another world, sent to Earth to establish a breeding mission for his endangered race. He falls in love with an Earth woman, and must defend not only her, but also the future of his own people. The object of his alien affections, an innocent young woman named Angel, finds herself suddenly thrust into a world of aliens and intrigue, and of a love that has far more dangerous consequences than she could possibly have imagined.

Ron Sparks’ essay titled “Blind Patriotism is Rampant” is included in this anthology.

The Current Controversies series examines today’s most important social and political issues; each volume presents a diverse selection of primary and secondary sources representing all sides of the debate in question. Each anthology is composed of a wide spectrum of sources written by many of the foremost authorities in their respective fields. This unique approach provides students with a concise view of divergent opinions on each topic.

A cross-dimensional sci-fi adventure where humans are marked for extinction by life on the Earth next door.