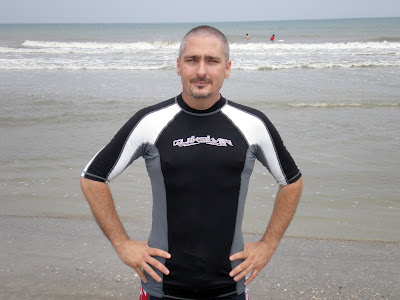 So far I’m holding true to the promise I made myself. When I sick from chemotherapy, weak from radiation, unable to walk across the house from malnutrition weakness, I promised myself that when I got better I would spend as many weekends as I could at the beach.

In the past four weeks I have been to the beach three times.

I’ve been trying to get back into surfing. I was never a great surfer, but I was decent enough to ride the Florida waves and sometimes attempt a tricky move or two. Now that I’m starting back up again, I find that my general weakness is a detriment to me; I can’t paddle the damned board fast enough to catch the waves I want to ride half the time. My timing is off; I can’t recognize a good wave to ride from a poor one to ride any more. My endurance is non-existent; I catch a single wave and have to wait ten minutes before I can even think of trying again.

Even with those “handicaps,” which I will quickly overcome as my strength returns, I am having a blast. There’s nothing quite like floating in the ocean and waiting for a wave to ride.

An added bonus this weekend was that I got to surf with my brother-in-law, Craig, and my sons Matthew and Christopher (as well as Craig’s nephew Chandler). Craig has been surfing since before I even knew there was such a thing as surfing. He introduced me to the sport when I was younger.

Even Carey took a ride on a surfboard this weekend! She didn’t stand on the board, but I taught her how to balance her weight on the board and how to paddle. She rode a couple of waves on her belly. I think she’s truly addicted. She wants to go again soon.

The water was chilly, but not so cold that it prevented us from surfing and having fun. We went surfing right by Patrick Air Force Base, by North Housing. That’s just south of Cocoa Beach; we avoided Cocoa Beach because of the yearly Ron-Jon’s sponsored surf contest happening. We wanted nothing to do with the crowds!

The waves were small, but it was perfect for teaching the younger kids how to surf and, truthfully, great for me in my weakened state. I didn’t have to fight to get out past the breaks – when you’re weak or tired that’s the most frustrating thing about surfing.

Here are some pictures of our day:

Our daughter Ashlee, our son Christopher, Me, our son Matthew, my brother-in-law Craig, and his nephew Chandler. 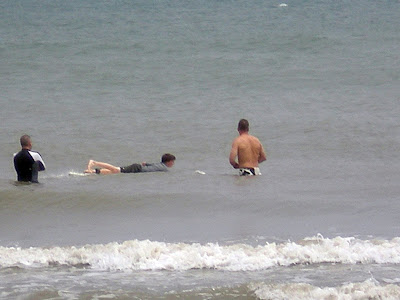 Craig and I working with Christopher. 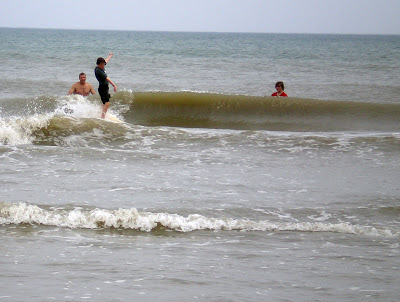 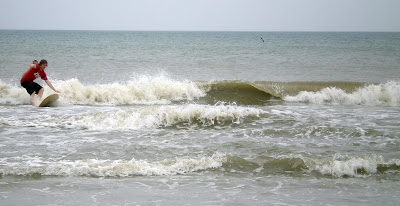 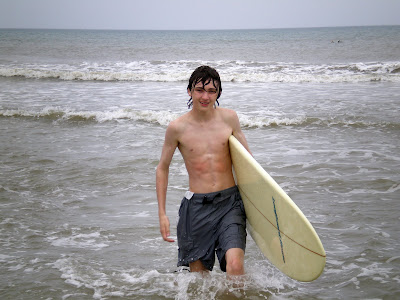 Matthew coming in to switch boards. He didn’t like mine as much as he liked Craig’s. 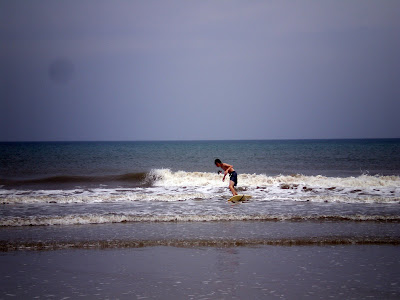 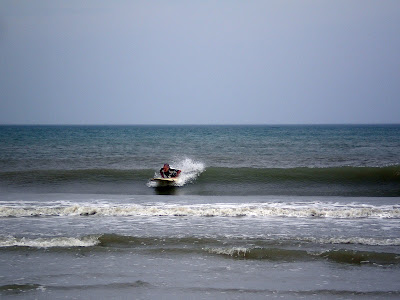 I am about to ride this wave. Carey wasn’t quite fast enough to get the next picture of me riding the wave. Or maybe I fell off and don’t want to admit it. You decide. 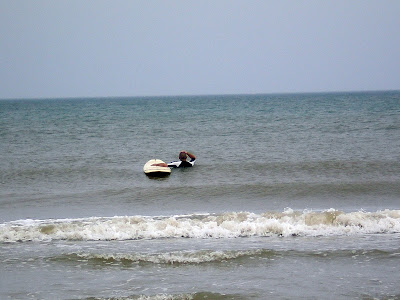 Where have all the waves gone? Oh woe is me! 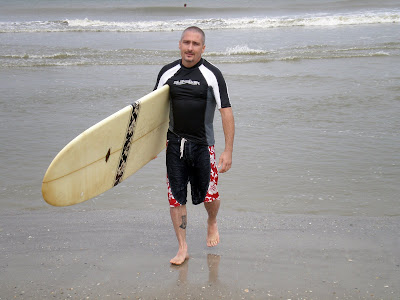 This is me coming in. Tired. Even small waves like these tire me out – but I am getting better! I stayed out longer than I did last weekend.

All-in-all I had a great weekend. I spent some quality time with my sister, drinking wine and chatting the night away. I managed to (barely) beat Craig at a game of pool. I wisely decided against a re-match; I knew the first win was a fluke and I wanted to look like I was really good at pool. I got to surf and watch my children surf. I got to watch Carey learn to surf a little.

How much better can Easter weekend get?