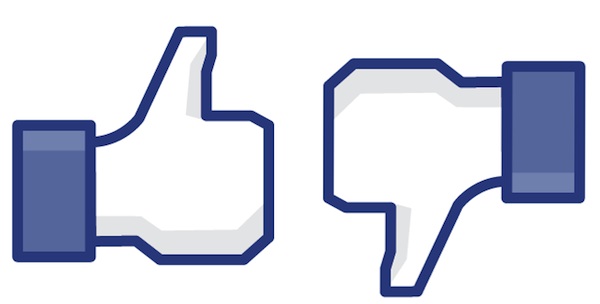 Are we what we hate?  Are we more interesting for what we dislike than for what we like?  I fell into this question as a result of a recent social media conversation I witnessed.

I’m a fortunate Facebook friend with one of my favorite contemporary authors, A. Lee Martinez.  Not only are his books loads of fun to read, he is insightful, witty, and free with his thoughts and opinions.  He gives respect to all – even indie authors nowhere near his level of expertise and skill, like me.  I confess; I have a mild bit of fan syndrome here.

His posts on Facebook have, of late, been critical of many things.  We have, all of his virtual friends, learned a lot about what he dislikes.  I admit, it was getting tiresome to continually read his posts about what he doesn’t like, but there’s also so much insight in those same posts that I was loathe to say anything.  One of his other Facebook fans/friends, though, said this in response to a post about something A. Lee disliked:

Personally, I thought A. Lee had a strategy; get engagement on Facebook and Twitter.  Engagement increases when you state an unpopular or critical opinion with no apologies for it.  Not that he’s inflating his opinion for cheap likes or comments.  If anything he’s understating his opinion to preserve the even keel he presents on social media.  But sensationalism sells, and critical opinions are more likely to get engagement than happy, feel-good, ones.

But then A. Lee surprised me when he posted this in response to the poster above:

That got me thinking – which is something A. Lee does to me a lot, and is the reason I even took to the web to write this blog.  With the backstory complete, what follows here are my thoughts on the topic.

A lot of people define themselves by what they dislike because they would rather been seen as against something than for it, or even ambivalent towards it precisely because others are supporting it. The new Star Wars movie is a great example of this.  A non-conformist might enjoy the original movies, even look forward to the new one, but the more people who go batshit crazy for it, the larger the spectacle surrounding it, the more compelled they become to distance themselves from it.  This is a kind of social anxiety.

There’s also the natural inclination to not get caught up in a crowd.  A lot of non-conformists are loners as well.  Or observers.  Or writers (which are a mix of all of it).  Getting caught in a crowd can be terrifying and uncomfortable to these types of people.

Non-conformists can appear elitist as a result, but that’s usually far from the reality.  If anything they (“we” – because I fit this bill most of the time) struggle to understand the hype and circus surrounding something and just don’t get it.  But, stating the unpopular opinion that you aren’t part of that crowd is a form of passive-aggressive defensive shielding.  It doesn’t need saying but the non-conformist says it anyway.  They need to identify themselves by virtue of not being in that crowd.  Usually because they are associated, at some level, as being a member.

And, of course, every teenage child is the ultimate non-conformist, hating everything because liking anything is not cool.  Some people never grow out of that.

The Apology of Likes

It’s easy to identify with the things you don’t like.  We’re more often less apologetic for the things we don’t like than the things we do.  How often have you seen someone say, without qualification, that they dislike something, but feel the need to qualify a positive opinion of anything?

We naturally feel that a negative opinion needs no explanation.  But we almost apologetically qualify the things we like.  We have a reason for liking something and we have to share that reason, lest people mock us for supporting or liking the thing.

“I like the Peanuts cartoons; they remind me of my childhood and make me happy.”  (you leave yourself open to dislike other aspects of the Peanuts with this qualification.  The qualification protects you.)

“I hate Scooby Do.  It’s a terrible show.”  (you draw a line in the sand here, and only grudgingly give ground when pressed)

A negative opinion invites discussion by nature of leaving the dislike dangling after the statement, a subconscious cue for the listener to agree, disagree, or question.  It’s a complete argumentative statement and needs no further prodding to entice a listener to respond.  From a social context, it puts the speaker in a powerful position.  The listener is almost literally compelled to respond.

A positive opinion, though, is weaker.  It doesn’t compel a response, which is why we so often qualify it to get the listener to engage.  It begs a “why” every time.  A listener isn’t compelled to challenge your liking of something, but is almost universally inclined to challenge, or dig into, your dislike of something.

This plays a large part into our social interactions, and is why it’s easier to state what you dislike than what you like.  You have less qualification, and you get more engagement.  It’s also important to note that on mediums like Twitter, the ability to post an opinion without qualification is important because of the character limit – so it’s no surprise that most opinions on Twitter are negative.

The problem with continually identifying yourself against the things you don’t like is that it can become a habit.  It becomes easy to attribute sophistication to boorishness.  You, obviously, are not a boor so therefore your negative opinion of something shows how sophisticated you really are.  This is when you really become a boor.

It’s a hard habit to break.  As a software engineer and technologist with almost thirty years under my belt professionally, I can unequivocally say that most of my value has come from poking holes in systems, designs, and architectures before it gets so far down the road that it can’t recover.  I get paid to spot the flaws and call them out.  I get paid to NOT support the idea management and sales is clamoring behind – for their own good.

I can’t just like the idea of a system. I have to find the technical reasons it works.  The “spirit” of the system is not enough to get me on board.  If I give anything less than my full critical analysis, I am not doing my job and am doing a great disservice to my clients and my peers.  FYI – professional movie and book critics and writers are in this same boat.

This idea that there is great value in pointing out flaws (real or perceived) drives much of our negative opinions and reinforces the habit of negative opinions.  We tend to forget that what is good for us professionally may not work as well outside of the professional arena.

The Wolves In Us All

Like that goofy parable, we all have two wolves living inside of us.  For this article, I’ll simplify it; one wolf is everything you like.  The other is everything you dislike.  The one you feed most often will be the dominant part of personality you show the world.  Which wolf do you want the world to see?

Maybe because I’m a cancer survivor, or maybe because I’m now a middle-aged man, I have been trying to feed the wolf of things I like lately.  I want to promote the things I like instead of the things I hate.  I want my kids to see me as a man who supports many things and keep his mouth shut on things he does not – unless it is a true passion and a cause worth fighting for or a concept worth voicing against.

And that’s the crux, in my opinion.  I don’t want to cry wolf (pun intended) on the things I don’t like because when I truly stand against something, I want that dislike to mean something.  To myself, and to the world.  I don’t want to water down my dislikes with petty annoyances.

If you’re not following A. Lee Martinez on social media you’re missing out.  Check out his books, and his social presence on  his website, on Facebook, and on Twitter.