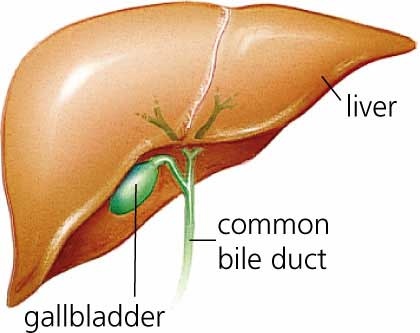 My gall bladder is functioning at only 3%.

This is apparently not uncommon for someone who went through chemotherapy and lost so much weight so quickly.  The extreme punishment my body endured through cancer treatments was not without consequence.  My gall bladder was damaged and has since deteriorated.

Let me start from the beginning.  I like spicy food.  A lot.  To that end, we have a tradition at the office to go to The Thai Place at least once a week for lunch.  I typically order the same thing.  I smile at the waitress, weekly, and challenge them by saying:

“I’d like the Panang Curry Chicken, Thai Hot, with extra Thai hot, with more Thai hot, and a little Thai hot on the side.”

They smile back, ask me if I am sure I want it that hot, and shake their heads when I insist that they make it as hot as they want.  And I love every sweat-inducing bite.  Now they see me coming and laugh and greet me like an old friend, because I have been tempered by the fire, literally.

About two months ago, a sadistic chef really put me to the test.  I was literally sweating as I finished the last bite of my chicken curry.  But I was smiling.  Until the next day.

The next day I started having pains in my right side – lower right side.  They were dull, almost gaseous, pains.  But they never went away.  Carey and  I went to St. Augustine that weekend and the pains became pretty severe.  They were alternating sharp and dull, but always on my right side.

A week later and suddenly I was bloated all the time.  My waist went up in size two inches almost overnight.  The pains of the bloating were severe, but they were always non-specific.  In fact, the pains were so low on my right side that I thought it might be my appendix or, worse, that I had a cancer growing in the lymph nodes on my side.

So I went to my primary care physician and, because of the cancer concern, was immediately sent for a CT scan.

Fortunately there was no visible cancer on the CT scan.  If you remember from my previous cancer blogs, the CT scan on my neck clearly showed  the cancerous mass when I was initially diagnosed.  So I was immediately relieved, but I was still concerned.

I was going on 3 weeks at this point and the pain was still there, every day, all day long.  It was never really bad pain, it ranged between 4-6 on a 1-10 scale, but it was persistent and after weeks of it I was starting to wear thin around the edges.  I was grumpy, unable to concentrate, and everything in my life was suffering.

So I was referred to a gastrointestinal doctor.  I was examined, but my symptoms were so non-specific that there was no immediate culprit.  I learned that referred pain is a very common occurrence in abdominal issues.  The actual cause of pain can be in one place but the pain you feel is in another.  That’s because the nerves for your entire abdominal area, including your genitals, all meet in a big “bundle” near your solar plexus.

So the gastro doctor sent me for a small bowel series of X Rays, a colonoscopy,  and an endoscopy.

Lovely. And that’s all I’m going to say about that.  Suffice it to say, those tests came out just fine. Now we’re into almost 2 months and the pain is still there, in spades.  Every day I dread getting out of bed because I know I’ll be shuffling around, half-bent at the waist, because of the low-grade pain that just won’t go away.

I did notice that my symptoms decreased significantly if I changed my diet.  I stopped eating red meat, fried foods, and fatty foods.  I live on lean fish, salads, and sushi now.  Once I switched to this diet, I noticed a significant reduction in my symptoms.

Then, last week, I was sent for a HIDA Scan.  Radioactive liquid is inserted via IV into your bloodstream where it quickly goes to the liver.  The scan takes up to 2 hours as they watch the liver fill with the liquid and then slowly fills the gall bladder.  Once the gall bladder is full, they inject you with a drug meant to make your gall bladder spasm, the same chemical your pancreas excretes after a meal.  This is supposed to see how well your gall bladder functions.

There are two things that can “go wrong” in this scan:

In my case, the gall bladder QUICKLY filled up.  An hour later, when the drug was administered to make it contract, I got so sick I nearly threw up on the floor.  I bloated and had extreme pain in my abdominal cavity.

But it appeared that some of the liquid was ejected into my intestines.  Just not enough.  The tech doing the scan thought that my gall bladder was working and that the camera angle made it seem like there was more liquid in my gall bladder than there really was.  He had no explanation for my extreme response to the drug.  I just had to wait for the computerized results, that showed how much actually was ejected into my intestines, was analyzed to find out for sure.

Truthfully, I was depressed.  I believed the tech – my gall bladder was fine and something else was the problem.  I just wanted it to be over.  I was starting to think that maybe there was a cancer raging through my body.  It’s easy to be a bit of a hypochondriac after going through cancer as I have.

So this week I am in DC, still in pain but managing it because of my diet.  I got a call from my doctor – the results of my HIDA scan were in.  I was surprised to learn that my gall bladder is essentially non-functional.

So on Monday morning I go in for an ultrasound of the gall bladder and then my doctor and I will decide what to do.  It may have to be removed completely.  Over 500,000 Americans get gall bladder surgery every year.  It is easily the most common surgery performed.

It is low risk and is a laparoscopic procedure in most cases, but there is no guarantee that it will “cure” me.  40% of patients who have their gall bladder removed still have symptoms years later.

The good news is that it is not cancer.  But I still have a bit of  rough road ahead of me as I deal with this.

Thanks everyone, who have known about this struggle I have been dealing with and who have been sympathetic and empathetic.  Carey, of course, has been an angel through it all.  I really, really owe her a debt that I can only repay by loving her every day for the rest of our lives.  She never leaves my side and accepts that the effects of my cancer will be felt for years to come.  She just stays by my side, loving me, no matter what.

It’s galling for me (pun intended) to still have NEW side effects of my cancer popping up, but that’s the situation.  It also galls me to realize that my spicy Thai days are probably over.