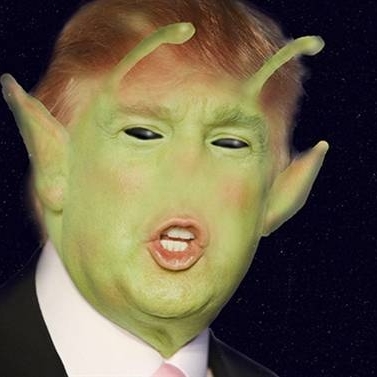 “Ahh, we really screwed the pooch this time, Xylee,” said Xestls from the living room, where it was staring at the television. Which was off at the moment.

Xylee joined its companion in the living room. Rather, its host body did. Xylee and Xestls were both Xalian, a parasitic and symbiotic lifeform that couldn’t live long outside of a host body. Xlyee’s current host was a human female named Karen, and as such Xylee tended to identify as female. For now. Over the centuries, she had inhabited both human males and females.

A human male body was the host for Xestls. It fit; in over two thousand years, Xestls had been only male for reasons only he knew. He claimed it was the diminished olfactory sense in human males compared to females. The stink of Earth was too prominent in the noses of female humans. Buy Xylee knew there was more to it and one day she’d get to the bottom of it.

“How’d we screw the pooch this time?” She took a seat on the sofa as she asked.

Xestls shook his head, “This could be worse than Mao Zedong before it’s all over, and could set us back decades.”

“What are you talking about?” asked Xylee again.

Xestls ignored her, talking to himself as he began pacing in small circles. The living room didn’t allow for anything but small circles. Completely unsatisfying when mulling over an intellectual dilemma.

“He’s not one of ours, is he?” He answered his own question before Xylee could respond, “No; of course not. No Xalian would be caught dead in that man.”

Understanding hit Zylee. “I just assumed the Conclave allowed this to happen.”

“No,” said Xestls. “I’m a member of the Conclave, albeit a junior one, remember? I’d know if this was our work. This is definitely not us and could upset the Great Plan.”

Xylee shook her head, “But it’s only a single human. Surely we can handle him, no matter how prominent he is.”

“But it’s happening globally, don’t you see?” Xestls pulled at his hair, twisting it into knots.

“Maybe you should rest,” suggested Xylee. “You’re worked up over nothing.”

After many hours of tossing and turning, Xlyee was sound asleep. She hadn’t had a good night’s rest since the problem began. Biologically, Xalian’s needed rest as much as their hosts or else they could not reach essential capacity.

The tranquil moment would be short-lived. Xlyee’s host convulsed and screamed without warning, “Xytler lives!”

Xestls’ two hearts nearly exploded from terror. He leapt up and covered her mouth with such force he almost suffocated Xylee and her host. “Shhhhhhh! We must not speak that name!”

“It’s him,” she mumbled with eyes darting side to side, “that’s the only logical explanation.”

Xestles rubbed his forehead. “That’s impossible, no Xailian could survive the human bombings. Not even Xytler.”

But, between them, the truth was difficult to ignore. “He knew he would be destroyed, so he detached from his host when no one was looking,” she whispered.

Xestles nodded, “The timeline fits. The Conclave ordered the destruction of Xytler in 1945. We know a Xailian can survive up to a year between hosts. Somehow, he escaped Europe and smuggled himself to America. Maybe on a ship or plane — and he attached the following year.”

Her host shook uncontrollably and Xylee struggled to speak, “My host feels like she’s going to vomit.”

Xestles got out of bed and fumbled for his communicator, “I’ve got to assemble the Conclave. Request an emergency session. The Great Plan is in jeopardy.”

She cautioned, “But what if we’re wrong. It’s still just a theory.”

The skin of his host turned a crimson red — like the time they forgot to wake their host on the Carribbean beach ten years ago. “… the lies, the child-like babble, the deflection of blame, and the need to prioritize golf above all else. No other human or Xailian would behave like that.”

“He is a master manipulator. And he knows how to bend the fears of the hosts. The historical files remind us never to underestimate Xytler.”