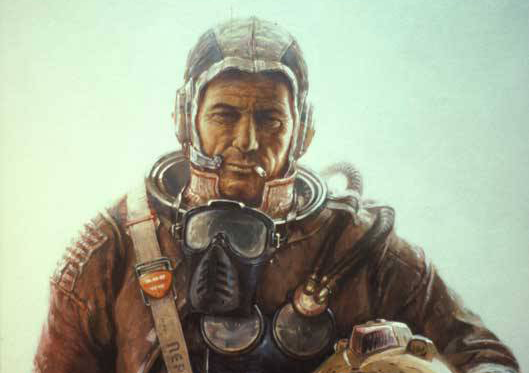 “Can’t be,” replied Smitty, not looking up from his panel as he manuvered the mining skiff closer to the object of Holfer’s inspection.  “Rock jakkers from Ceres claimed Mount Fuji two years ago.”

Holfer abandoned the view at the porthole and fell into his acceleration chair.  “I’m just saying it looks like Mount Fuji.  Not that it actually is Mount Fuji.”

“There’s no radio beacon.  Fuji’s a legit claim and the transponder signal is on file.  We’re not picking up a beacon.  Not Fuji.”

Holfer sighed and donned his AR gear, casting a sideways glance at Smitty before the augmented reality view booted in his field of view.  Eighteen months on Earth’s Memory and he still hadn’t figured out what made the other man tick.

Earth’s Memory was the smallest class of vessel plying the orbit where the Earth used to be.  It was barely big enough for the two rock jakkers, their mining equipment, air, water, and food.  They lived on top of one another.  Holfer had assumed, when he accepted the commission from Mars Consolidated, that he would become close with his shipmate.  He never expected the opposite; he felt more like a stranger to Smitty now than when they had first met.

Holfer’s AR panel started feeding information to him on the Earth fragment ahead of them.  It was huge and, now that sensors more sensitive than his eyes were on it, it became obvious that it was not Mount Fuji.  It was in a retrograde rotation, but that was not uncommon.  The Earth fragments had barely had three decades to settle into orbit around the sun.  Sol’s new asteroid belt was still chaotic and unpredictable.

“Looks like a mix of Earth’s lower crust and upper mantle,” he said out loud to Smitty.

An indicator flashed in Holfer’s vision.  “I’m getting something strange here.  There’s a patch of this rock that’s reflective.”

Holfer’s hands made random movements in the air, fiddling with controls only he could see through his AR gear.  After a moment he had the answer.

“About a mile in diameter,” he said.  “And here’s the really interesting part; it’s uniform in shape.”

Through the holographic control in his sight, Holfer watched as Smitty donned his own AR gear.  He knew better than to argue the point with the grizzled old timer.  Smitty would verify for himself.  It’s not that he didn’t trust Holfer, but every jakker learned early on that Earth Belt was a dangerous place.  Anything unusual was intensely scrutinized.

“I’ll be damned,” said Smitty as he, too, moved his hands in the air and adjusted the sensors himself.  “Let’s get in there.”

Twelve hours later Earth’s Memory settled on the rock, anchor pin fired into the sediment to keep it on the ground, less than a mile from the anomaly as they had started referring to it.  The rock jakkers suited up and put the skiff in hot standby mode.  Standard procedure when both crewmen left the ship on a rock.

There was no gravity to speak of, so they progressed across the surface via reaction jets in their suits, taking care to jet themselves back to the surface when they got too far away.  They jumped across a quarter-mile chasm and landed within view of the anomaly.

“What is it?” asked Holfer over the comms.

“No clue,” said Smitty.  “It doesn’t look natural.  Let’s go.”  They jumped the remaining distance and stood at the edge. They stared at it for minutes, trying to make sense of what was in front of them.

“No fucking way,” said Smitty.  “This is deep in Earth’s mantle.  It’s a joke.  Someone’s screwing with us.”

“Smitty, it’s jutting out of the mantle.”  He indicated with a pointing finger, “Look over there; this thing’s only partially uncovered.  There’s a lot more buried in the rock.  No way this was planted.”

“But we never had a city in the mantle,” said Smitty.  “We never mined that far down; it wasn’t feasible.”

“So what,” said Holfer, “Earth had pod people living in the ground that were never discovered?”  He was only half joking.  The enormity of this discovery was just starting to sink in for both men.

“We need to get down there and date the artifacts we find.”

“I’m thinking I must truly be insane to consider this, but what if there was a civilization on Earth that predated humans.  By hundreds of millions of years?”

“How did this,” Holfer waved with his hands, “survive hundreds of millions of years of volcanic activity?”

“That’s impossible,” said Holfer, “nothing should be able to withstand the jakk.”

“You know what this means?” asked Smitty.

Holfer shook his head inside his helmet, “What?”

“We figure this out and plate our ships with it, no alien will ever be able to fuck with us again.”

“But we killed all the Yralen.”

“There are more kinds out there,” said Smitty with a frown. “And until we kill them all, humanity will never be safe.”