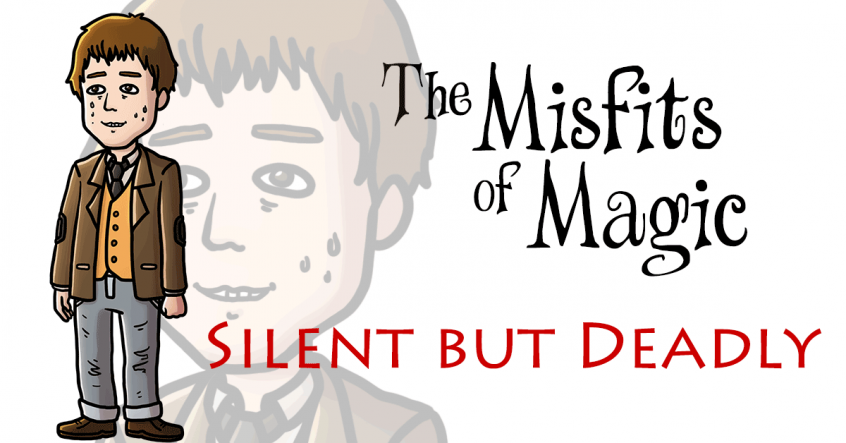 “What’s the most evil thing you’ve ever done?”

Gale considered the question.  Cynthia, the vampire teenager sitting across from him, had asked the question as part of their nightly banter as they waited for, hoped for, a new client to walk into the S.P.A.  He went through all the required motions to wheedle his brain into providing an answer, but none was forthcoming.  He said “hmmm” provocatively.  He scratched his head.  He looked up and to the left.  He frowned and grabbed his chin.  Despite following protocol, he had nothing and said so.

“Come on,” said Cynthia. “There has to be something.”

“Nope,” Gale replied. “I’m pretty ordinary and by-the-books.  No evil in me.”

“No.”  You had to have friends for that, and Gale had had relatively few in his life that stuck around long enough to be an opportunity for betrayal.

“Never blown up at the shitty loudspeaker in a drive-thru?”

Gale shook his head, “I usually go inside.  I don’t like ordering drive-thru because you can never tell if it’s a real person or an angry clown taking your order.”

“Yeah,” said Gale with a shudder. “Clowns.”  He refused to elaborate.

“Ooohkaay,” said Cynthia.  “Maybe you really are as boring as you look.  You haven’t done anything evil?  Ever?”

“Well,” Gale blushed and was aware of Cynthia’s blood-sucking canines as he did so, “There was this one thing.”

Cynthia, behind the makeshift desk he had erected for her, leaned forward, “Do tell.”

“Gale Simmons,” said Cynthia, “if you don’t tell me right now I swear I’m going to bite you.”

“I may have silently passed gas in a crowded elevator once,” Gale spat out. “On purpose.”

Cynthia barked laughter at the unexpected revelation, “That’s it?  You farted in an elevator?”

“It was pretty stinky.”

“And that’s your most evil act ever?”

“It was an SBD,” defended Gale. “The elevator was full of those old ladies who wear red hats and purple dresses everywhere.  They started blaming each other and fighting over the fart.”

“Wait,” said Cynthia leaning forward again, “What do you mean they started fighting?”

Gale blushed again at the memory, “Well, one of the red hats blamed the lady next to her for the fart, who denied it and blamed the one next to her.  They all started yelling at one another until someone snatched someone’s hat and threw it to the floor.  Then they all started fighting.  These wrinkled old ladies were pulling moves that I’d only ever seen on WWE.  I had to hide in the corner and I still got hit twice.”

Cynthia was laughing so hard blood tears were forming in the corners of her eyes, “So your fart started an old lady elevator riot?”

Gales nodded shamefacedly, “Yeah.  When the elevator finally opened, two of the old ladies were on the ground, one from a suplex and the other from an elbow to the nose. The others were all clawed and scraped up.  Makeup and feathers were everywhere. Took the police an hour to sort things out.  The fight sent one of the old ladies to the hospital.”

“Because of your fart!” Cynthia wheezed.

Gale frowned, “It’s not funny.  She died in the hospital from an airborne infection she caught there.”

“Oh god,” Cynthia fell to the ground, the blood tears finally falling, “You said it was an SBD.  You really meant it. It was deadly!”

“Now really,” said Gale indignantly, “the death of an old lady from my fart is not something to laugh about.”

“Jesus, Gale,” said Cynthia as she crawled back into her chair, “I was worried for nothing.  You are evil.”