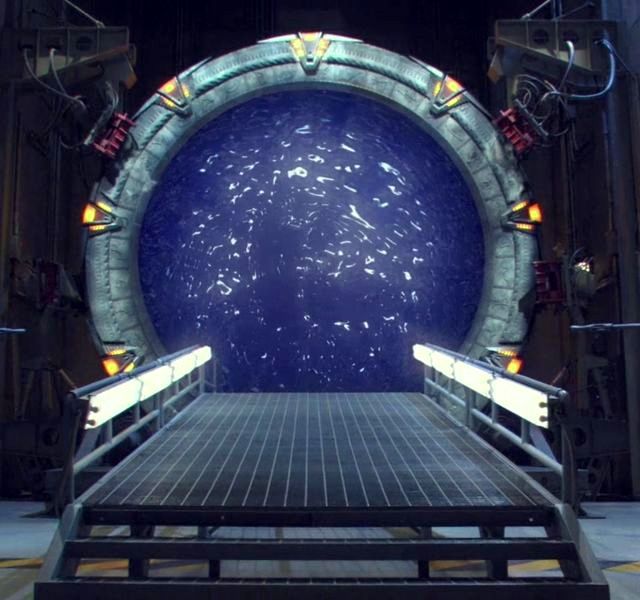 “You can’t tell anyone,” said Teesha for the tenth time today as they approached the settlement. Her hands were on her hips and she thrust her chin out the way she always did when she was giving orders. “Promise.”

Davon frowned and repeated the same argument they always had at this point, “Why not? This is kind of a big deal.”

“No,” said his sister, “If the adults find out they’ll take it away from us.”

“Fine,” he snapped, drawing out each syllable and mean mugging his sister as he did so, “I. Pro-mise.” It was an easy promise to make, even to his bossy sister. He didn’t want it taken away from them either. They’d only discovered it two weeks ago, but it was already the most interesting thing in the universe, as far as Davon was concerned.

Teesha nodded, satisfied that they had, once again, affirmed their secret. Brother and older sister stopped within sight of the colony and sat on the purple grass of Gliese 581g-1. They caught their breath and stared at the planet overhead. The view was still new and awe-inspiring to the children, who had arrived on the world less than six months ago.

A hundred years ago, scientists had discovered what they thought was an Earth-like planet twenty light years away. They called it Gliese 581g. But it had no air and was not able to support life. The moon of Gliese 581g, though, that was a different story.

It was like the moon was created for humans. Except for lower gravity, it was perfect in every way. An empty moon, waiting for people to come live on it. And so Davon, his sister, their parents, and a hundred other scientists and colonists had come to live here. Humankind’s first colony.

After a few moments, Davon spoke again, “So what do we do with it?”

“We don’t tell anyone, is what we do,” said his sister.

“We already said that,” said Davon, not bothering to hide the eye roll he tossed at his sister, “What else?”

“We keep it hidden,” said his sister. “You know how the adults are.”

“It’s almost dinnertime,” she said, pretending to look at the shadows from the sun to tell the time. Davon pretended to believe her, and didn’t mention that he had just seen her look at the watch on her wrist.

“Do we have time for another adventure?” he asked.

His sister smiled. She’d been thinking the same thing. “Maybe one more, if we’re quick.”

They stood and headed back the way they came. A kilometer past the settlement was a cave. You had to be looking for it to find it. The opening was almost too small for Teesha to crawl into. One day, she’d be too big to get in.

Once inside, the cave widened and opened up. They were soon able to stand and walk. The cave wasn’t dark, it was lit by a pale blue glow. Bioluminescence of some kind. Davon didn’t care how it was lit; he was just happy it wasn’t all the way dark. He wouldn’t admit it to his sister, but he was still afraid of the dark.

After walking a couple of hundred meters into the cave, they came upon it.

It was old. Maybe a million years old. Maybe older. But it worked. Davon knew enough about machines to understand how incredible this was. This machine was older than all human civilization. And aliens had created it; aliens who were nowhere to be found.

“Where do you want to go this time?” asked his sister in hushed tones. They spoke in whispers in the cave. It just felt right.

“We went to the Orion nebula last time,” said Davon, the excitement in his voice giving his whisper a high shrill.

“Yeah. That was about a thousand light years away, right?”

“Yes,” whispered his sister in agreement. She always deferred to him on destination because he knew more astronomy than she did. “Which one?” she asked.

“Andromeda, of course.” As if there could be another choice for their first galaxy.

Teesha fiddled with the alien controls until a holographic image filled the cave. She zoomed in on the Andromeda galaxy and pressed a button. A soft hum filled the air inside the cave and a glowing portal opened up in front of them.

Through the portal, they could see a planet. It was in the Andromeda galaxy and it was Earthlike. A yellow sky shone overhead and they could see animals with twelve legs grazing in the distance. Somehow, the machine always knew to send them to planets on which they could live and breathe.

“Come on,” said Teesha. She grabbed Davon’s hand. “We have an hour before dinner. We need to be quick.”

“Maybe we’ll find the aliens on this planet,” said Davon. His sister nodded, her eyes shining as she stared at the portal.

Davon gripped his sister’s hand tight and, together, they stepped into the Andromeda galaxy.

This is a Flash Fiction story based on the following set of parameters: