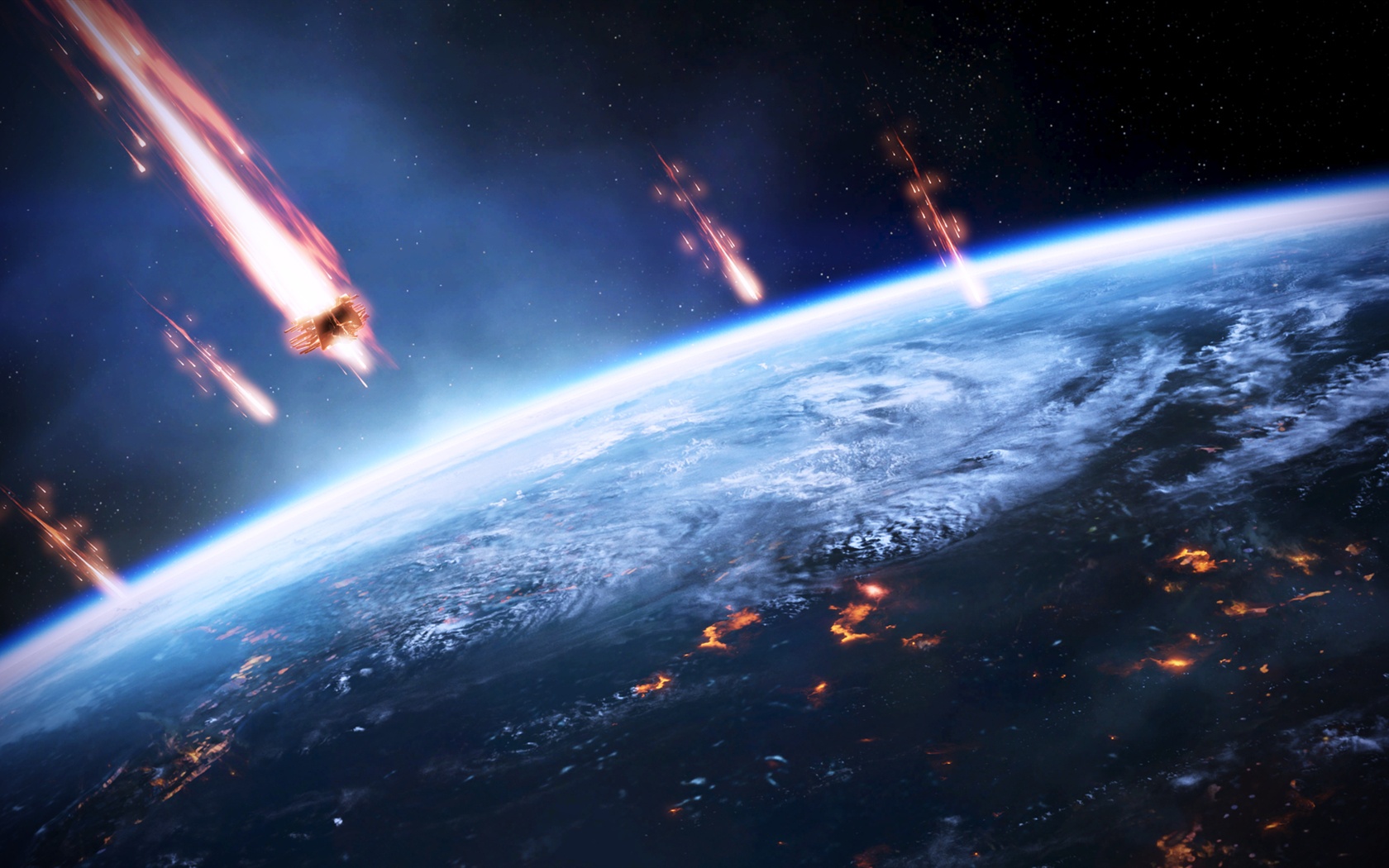 First Contact occurs in the not-so-distant future when an alien race enters the Sol system, intent on claiming the Earth as their own. Humanity, of course, has other ideas and musters a paltry resistance against the invaders.

The Earth Avenged series is a set of disconnected short stories all occurring in the same universe established by the first story, which was written as a haibun with scifaiku.