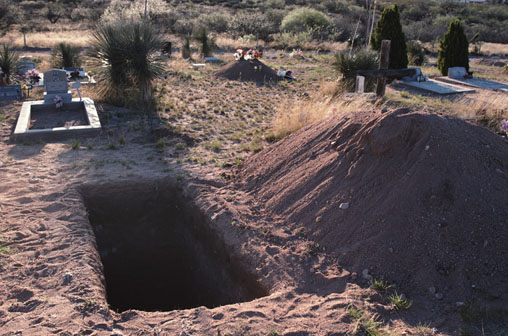 Harriet stared into the dead eyes of her husband, too shell shocked to grieve any more.  She’d watched in helpless despair as her parents, her children and her husband had taken ill, and died, over the past twenty four hours.  They’d been healthy, all of them.  They’d been happy.  Alive.  Now, they were dead, all in their beds.

She expected she’d be next, and she was glad of it.  The radio and television said people all over the world were dying, for no apparent reason.  People on every continent contracted a sudden low grade fever and then died less than six hours later. It looked like this was the end of humankind.  Her turn must be soon, and she was ready.

If the world was in a state of panic, Harriet was not.  Not any longer.  She’d been hysterical when her parents had died.  Overwhelmed by emotional midnight when her children had passed.  Now, with the death of her husband, she was just numb.  She couldn’t even muster anger at the cosmos for taking her family from her.  All she felt was a vague impatience; it was her turn to court the Reaper and He was late.

The power went out and Harriet’s only connection to the world at large was the hand crank radio her husband kept for camping trips.  She sat in the dark, winding the radio every fifteen minutes, listening to the last broadcasts mankind would ever make.  They were not happy broadcasts.  Panic, fear, and speculation were rampant.

Was it a bio-weapon? Had God finally had enough and decided to wipe humanity from the universe? Were aliens to blame, killing us off to claim Earth for their own? No one knew, and as the night wore on fewer and fewer stations were broadcasting.

The sun rose in the morning on a world filled with corpses.  Harriet picked up a faint signal on her radio.  It was repeating a broadcast from the CDC in Atlanta.  Eight out of ten humans were dead.  If you weren’t dead by now, you were safe from the Flash, as they were calling it.

She wasn’t going to die.  She had survived the Flash.  Harriet felt intense disappointment at this.  The weight of responsibility settled on her shoulders, along with the burden of her grief.  She’d put aside her grief because she had been sure she was going to die.  Now, she had to take it on again.  She’d have to deal with it.

But not today.  She pushed the grief back down into a hidden place inside her heart.  Harriet looked at the dead bodies of her family and knew she had work to do before she could grieve and figure out the realities of this post-Flash world.

With a sigh, she went to the garage, grabbed a shovel, and started digging graves for her family in her yard.  A neighbor, three houses down, was also digging graves.  His eyes were dry, but the tears of the previous day still marked his face.  He noticed Harriet and raised a somber hand to her.

Harriet stopped digging for a moment to wave back.