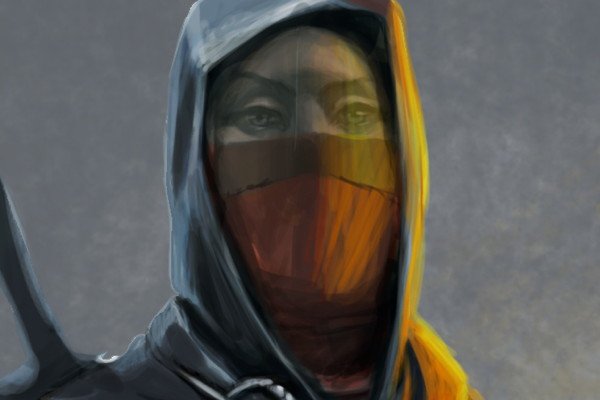 Mike looked down at the corpse.  It wasn’t like he’d had a choice in the killing, any more than the elf’d had in the dying.  Still, the regret Mike felt was genuine.  There were so few elves left in the world that to kill even one was a loss.

The elven body at his feet began to hiss and smoke as the transformation started.  The ethereal armor that only the Fae could wear separated, one molecule at a time, and formed the rapidly dissipating cloud of golden smoke that covered the body. Once the armor was gone, mystical silk under garments followed suit, pearl white smoke wafting away in the gentle breeze.

Finally, the elf itself sank into itself, turning into a dark and writhing mass of organic matter.  After a moment, it settled, grew roots, and sprouted into a massive dandelion-like puff ball.   This was the moment Mike has been waiting for.

Before the transformation could complete and before the wind took the spores and dispersed them, Mike acted.  Those spores, the final remnants of the dead elven warrior, could wreak ecological disaster for the entire continent.  Old Magic had a way of not caring about the humans living nearby.

Mike pulled the kerosene container from his backpack and poured a liberal amount of the liquid all over the spores and the surrounding ground.  He stepped back and took a moment to let his regret wash over him once again.  Elves were the most beautiful creatures in the world, even when they lost their senses and dealt with the Old Magic.  With a resolved sigh, he struck a match against his leg to light it, and tossed it onto the giant dandelion puff.

A shrill keening filled the air as the fire killed the spores.  The air itself twisted and screamed as dying embers erupted from the spore, only to fade into ash and blow away, harmless.  The Old Magic was not happy.  It had failed, again, today.

For that was what Mike did.  He battled the Old Magic – preventing it from reasserting itself upon the world and rewriting reality in ways that were fatal to humans.  The Old Magic hated Mike, and that suited him just fine.  He hated it back.

All that was left to him was a desire to track, locate, and destroy every last bastion of Old Magic in the world.  He had no choice in the matter; it was who he was.  He was Mike Gryffon, the Old Magic assassin.

(This is not meant to be a complete story.  I was working, this little scene popped itself into my head, and I wrote it down. It has some awesome hints at directions it could go in, and maybe I’ll explore it later.)