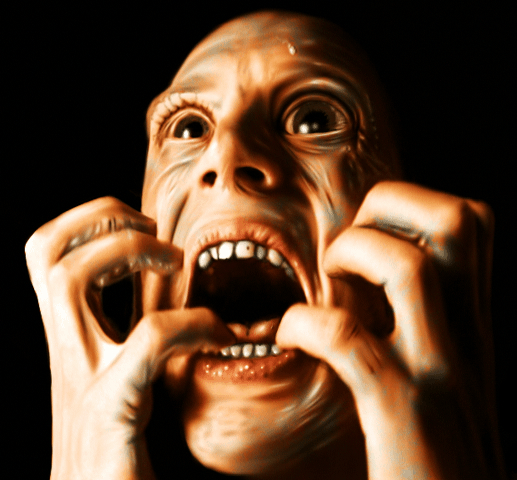 The scariest words you ever want to hear are “Mr. Sparks, we don’t know what that mass is in your neck and it may be malignant.”

Let me start from the beginning. Last Saturday Carey and I were getting ready to go out to dinner with friends. One of her friends has had an extremely difficult pregnancy and, since it was her friend’s birthday, we decided to go to Colorado Fondue with her and her husband, along with another couple.

We took the kids to my mother’s house. We were fortunate that one of my brother’s children was having a birthday party there and we could just drop the kids off and go to dinner. We took a change of clothes with us so we could “dress up” a little for dinner.

I changed just before we left and Carey walked over to fix the collar of my shirt. She touched my neck and said “what’s that?”

I felt my neck on the left side and felt that it was swollen. I got immediately concerned, but figured it was a swollen lymph node and that I had a sinus infection. I, literally, called my mom over to look at it.

It was swollen pretty badly. But none of us were unduly concerned. I was a little self-conscious of the swelling, but since I have long hair it was covered anyway. So we went to dinner.

On Monday the swelling still hadn’t gone down, so I made a doctor’s appointment. The squeezed me in on the same day. The staff at the doctor’s office were at once impressed and very startled by the size of my neck. They could clearly feel the mass. I was sent immediately to Lucerne hospital for a CAT scan.

The CAT scan results were back by 8000am the next morning. That’s yesterday for those keeping count. It was inconclusive, but the report stated clearly “we cannot rule out a malignancy at this point.”

Yeah – that freaked me out a little.

So my doctor immediately set up an appointment for me with a Ear/Nose/Throat specialist. That day. I had to get there by 10:00am to be seen.

An ancient 97-year-old doctor came in, looked at me, told me I had a slightly deviated septum, and proceeded to stick a 4-foot long tube in my nose to make sure there was nothing in my airways and sinus cavity that he could see. Nada.

So – he set me up with an appointment for this morning with his associate in Altamonte springs. I went there this morning. This doctor, extremely competent, did an ultrasound the mass. My faint hope that it was just a cyst was shattered when he said there were “no acoustic echos” in the mass. It was solid.

So he did a biopsy right there on the mass. Painful as hell, but it needed to be done.

In the end, he told me that 2 lymph nodes are “severely agitated” and that the most common cause of that is severe infection and cancer.

I’m already on anti-biotics and the swelling IS down somewhat – but the first doctor to say the word “cancer” to me was this one. I’ve been in a seriously odd state of mind all day as a result.

As I type I am in the office, but I am unable to work. I did a quick search on lymphoma, cancer of the lymph nodes, and truthfully it is a VERY treatable cancer with an over 80% survival rate. If I have that.

I just don’t know. I hope it’s an infection, but my worst-case fear is telling me to gear up for a battle against my own body. I won’t lie – I am scared. It’s fear of the unknown right now – I will know more in a few day and then I can decide on a course of action.

Carey has been an angel. I love her so much. I have been a raving lunatic these past 3 days – highs, lows, and in-between. I have been surly. Scared. Needy. Pushed her away. And through it all she has just looked at me, kissed me, held my had. She gives completely of herself.

Carey took time off of work. Has insisted on being at every doctor appointment with me. She stood int he room and watched the biopsy, whispered sweetly in my ear, and told me that she is there for me every step of the way.

She is amazing – she is absolutely wonderful and I love her so very much. This would be so much more difficult without her.

Anyway – I don’t know if I have an infection or something worse. I am nervous and unable to concentrate. I hope for the best but fear the worst. Keep me in your thoughts. I will update this blog with information as soon as I get something to share.