Carey and I are blissfully happy as we live our life, plan a marriage, and just love each other and our family. Still, every couple has their disagreements and Carey and I are no exception. In our time together we’ve never had a fight, we’ve never raised our voices to each other, and we’ve certainly never gone to bed angry.

But we have had a tense moment or two. And they are invariably over silly things. I suppose a happy couple find the silly things imminently more entertaining to argue over than the non-silly things.

Take yesterday, for example. Carey and I had an argument that lasted like two hours. It wasn’t tense. We laughed even as we argued, but we were both definitely irritated at one another. What were we arguing about? This: 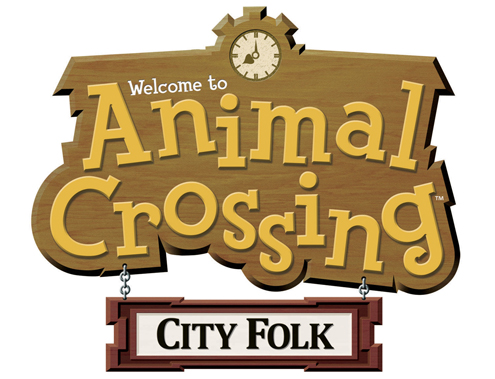 Yes. We argued over a video game.

Let me give you some background. When you first play the game, you create a town. That town is the town all players on that Wii console live and play in. Our town is called “Sparksty.”

So we play every day and new items appear every day. When we play, we’re always together. Since only one person can play at a time, we watch each other play.

So now you have the background. Let me detail out the argument (edited for brevity):

Carey: (watching Ron play) – oooh, what’s that item you just picked up our of the recycle bin?

Carey: (excited) Can I have it? My house is decorated with the “Classic” collection and I need that desk.

Ron: I could sell it for 2,500 Bells (dollars), but of course. Since you need it I’ll drop it in the mail for you. When you log in next it will be there for you.

Carey: Thanks, honey. I love you!

Ron: Love you too (his character writes a letter to Carey’s and sends the desk in the mail)

Ron: (watching Carey play) – OMG – that’s a SURFBOARD! I want that. Don’t buy it please, honey. I’ll go get it when I log in. That will look great in my house.

Carey: pppfffft. I want it. It’s mine. (she takes the surfboard and puts it in her house)

~~time passes and the above scene repeats itself with another item~~

Carey: What do you mean?

Ron: I wanted that. I asked you for it.

Carey: But you get to play every day while I work!

Ron: But I don’t. You get annoyed if I take all the good things. I really want that, please give it to me.

Ron: No. Every time I ask you to give me something you refuse, but I give you things you ask for all the time.

Carey: This is ridiculous.

Ron: Yeah – it’s just a game, but I think I just won’t play any more. Because I am annoyed.

Ron: It’s not worth it – I don’t want to go back and forth like this and you’re very competitive.

Carey: I am competitive.

Ron: I know – and you have no problems asking me for stuff but you won’t give me anything.

Carey: OMG – I can’t believe we’re arguing over this. Are you seriously upset?

Ron: A little. It’s frustrating when we don’t play by the same rules.

Carey: Just don’t give me things if I ask for them – if you want them.

Ron: But I would always give them to you. I know you wouldn’t ask unless you REALLY wanted it. You wouldn’t ask for just anything – only for what’s important to you.

Carey: You’re being over sensitive.

Ron: And you’re being callous and insensitive.

Carey: You are such a girl sometimes.

Carey: Ok snookums; I’ll give you something when you ask for it. Just don’t spend it all in one place.

Carey: and MY character is named “Princess?” sheesh.

Ron: I’ll out-quip you one day!

Carey: Don’t count on it sweetie. Now be a dear and get me a drink.

This, people, is what happy couples argue about. The entire argument was tongue-in-cheek, but we WERE annoyed at each other.