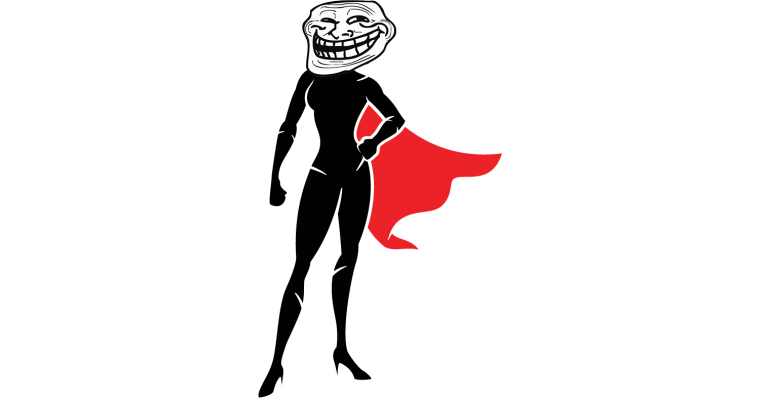 “You sure you’re a superhero?” asked the cop. His reservations were evident, and Jenny, AKA The Wisp, couldn’t blame him. He ignored the two unconscious felons at his feet, having already cuffed them when he arrived and found Jenny standing over them.

“You have my wallet, officer,” she said as she wrapped the coarse blanket around her torso. She had more experience than most with the safety and survival blankets that were the ubiquitous staples of every fire engine and ambulance. They always rubbed her jiggly bits the wrong way and she was itchy for days afterwards. She suspected they were uncomfortable for some nefarious purpose, but had yet to come up with a valid reason why this was so.

The cop thumbed through her wallet and pulled out her Superhero Registration Card. Printed on it was her picture, her name, her superpower, and her registration ID, as well as the crimes and criminal activities that the Superhero Advisory Council authorized her to handle. She grimaced at the picture; like a driver’s license, they always snapped the picture at the worst moment. She’d been mid-sneeze in this one and she looked like an alien chipmunk.

The cop looked from her face, to her ID, and back again. “Says here you have the ability to phase through solid objects.”

“We don’t get many superheroes round these parts.”

“We usually live in the big cities,” said Jenny. “That’s where the crime is.”

“So why are you here?” he asked. “This is about as far from the city as you can get.”

“Driving to Chicago to meet my parents.”

The cop nodded, his gaze still on her Superhero ID.  He placed it back in her wallet and handed it to her.  “You’ve created quite a pickle for me to sort out here, Ms. Wisp.”

“Just call me Jenny.” She gave a polite laugh. “What sort of pickle?”

“Welp,” he drawled with a vague accent Jenny couldn’t place, “You stopped Robbie and Gerald here from robbing the QuickMart, for sure. First time they been caught red-handed, although we’ve suspected the brothers in a rash of other crimes.”

“That’s good then,” said Jenny. “It’s what I do. I’m legally authorized to assist law enforcement or stop crimes in progress. Armed robbery is on my list of allowables.”

“No complaints there, Ms. Wisp. You did a damned fine job. All the witnesses agree. You ran through the wall like a screaming banshee, disarmed both men, and knocked them cold out before any harm was done.”

“Then what’s the problem, officer?”

“Well,” he gestured to the coarse blanket covering Jenny’s torso, “You did it naked as the day you were born.”

There it was. New York knew The Wisp well, and was tolerant of the limitations of her power. She was a bit of a minor celebrity and even had her own Wikipedia page. Podunk towns in the middle of Pennsylvania had no experience with things like this, though.

“That’s an, ah, unavoidable consequence of my power. I can run through walls, but I leave my clothes behind. Only my body, and what’s in it, can phase with me. I can’t even wear earrings.” She smiled ruefully, “It was so embarrassing when I first got my power, but stopping crime at the expense of my modesty is a deal I’ll take any day.”

“That’s all well and good,” said the cop, “but you broke a handful of public decency laws. There are a dozen witnesses, and it’s all on security footage.”

Jenny felt the first twitch of uncertainty, “What was I supposed to do? I’m trained to stop robberies. If I hadn’t stepped in they could have killed someone.”

“Be that as it may,” said with a shake of his head, “the law is the law, and no one in this county is above it.”

“So what does this mean?”

“It means I’m going to have to arrest you. You can go in front of the judge on Monday.”

“But it’s Friday night,” wailed Jenny. “I have to get to Chicago.”

“I’m real sorry, Ms. Wisp,” said the cop. “If it were up to me I’d let you go. But I have to follow the law just like anyone else. And you were naked. In public.”

“And you high kicked Robbie. That’s gonna leave a mark on him, but that kick gave everyone a clear view all the way up through you to your nostrils, if you know what I mean.”

“Sometimes I think I have the worst superpower ever,” muttered Jenny as the cop led her to the back of his squad car.